The annual QE Expressive Arts Showcase was held on Thursday 10th May, where some of our highest achieving students from years 11 -13 were able to demonstrate their extraordinary talents in Dance.

Hosted by Luca Vaccari, the evening began with a quartet performance by Year 13 A-Level Dance students. The piece was inspired by the story of the dancing plague of 1518, a case of dancing mania that occurred in Strasbourg, where approximately 400 people took to dancing for days without rest. This was the first of many exciting pieces of work presented by these students. Lauren Chard, Lula Barker, Zoe Burrow and Josie Crosby each presented a solo inspired by an influential practitioner across a wide range of styles, from romantic ballet to Bob Fosse’s Jazz dance and Matthew Bourne’s contemporary twist on the traditional Sleeping Beauty. Each performance displayed their excellent level of technical accomplishment and sense of commitment.

During the evening, the audience were also able to see the hard work that these students had put into creating their own original pieces of choreography with Lauren & Zoe selecting 1960’s Pop Art as their starting point and Lula and Josie exploring the different stages of sleep.

This year we are celebrating the success of two of our Dance students gaining places to continue studying Dance in prestigious Performing Arts Schools. Zoe Burrow has successfully gained a scholarship to attend Morea Performing Arts in Cheltenham and Josie Crosby will be joining Trinity Laban Conservatoire of Music and Dance to study Contemporary Dance.

The evening also saw fantastic pieces of work presented by Year 11 GCSE Dance students. At GCSE students are provided with 5 different starting points from which they must select a stimulus to create either a solo, duet or group choreography. Mia Hatchipuka’s thought provoking choreography was based on the Trimdon Grange explosion that occurred in 1982, where miners were trapped underground for three days. Her final piece was an exploration of the emotions that these miners must have gone through as the fought to try to escape, with ever decreasing levels of oxygen.

Harriet Keenor and Georgia Steer selected to explore the force of gravity as their starting point. In Harriet’s duet, a clear contrast between the force of gravity pulling us down to Earth and the sense of weightlessness was explored, brilliantly performed by herself and Abbey Reed. In Georgia’s trio, she skilfully personified the elements of gravity into a solo dancer (Josie Crosby) who embodied the power, strength and force pulling the other two dancers (Megan Phillips & Lucy Davey) down to the ground.

When presented with the starting point “an item found in a kitchen” it was, at first, unclear what a dance based on this could be! However, Emily Chard rose to the challenge, selecting a kitchen table as her “item” and building a piece that explored family relationships. Her duet, performed by herself and her sister Lauren, was the result of exploring how our kitchen tables are often at the heart of a family home showing the celebrations and arguments, but also, the resolutions, making us realise that, no matter what, our family will always be there when we need them most.

Congratulations and thanks must go out to all the students involved in making the evening such a success! 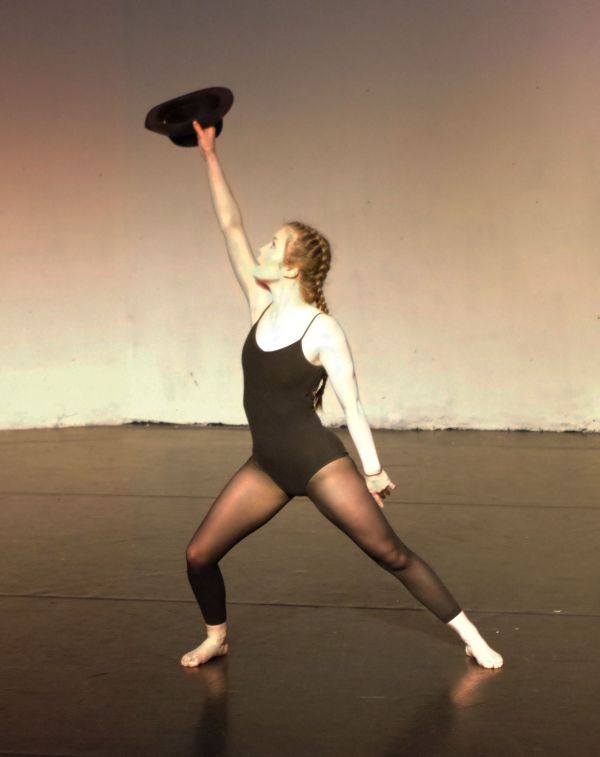 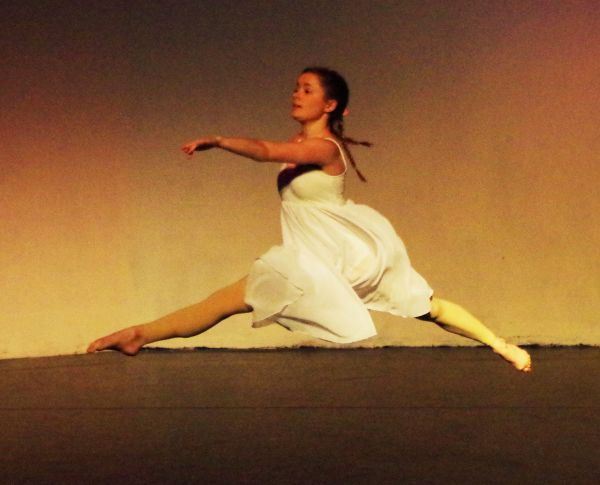 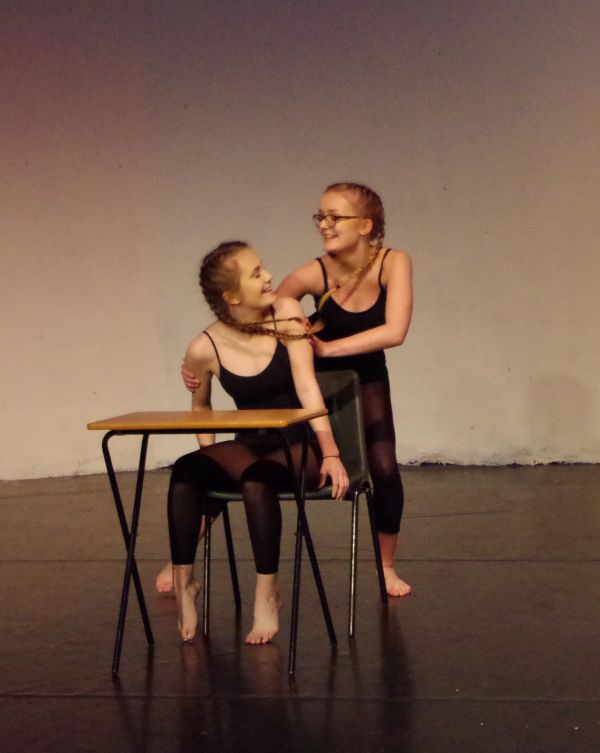 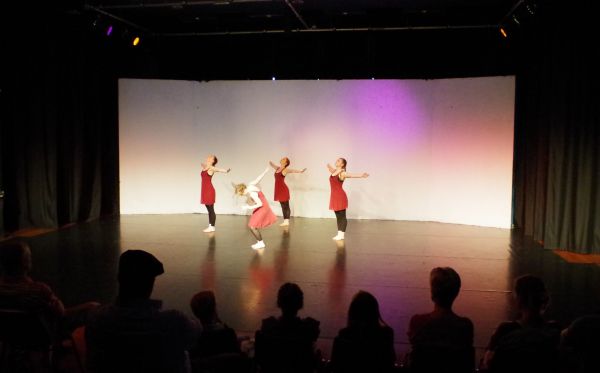 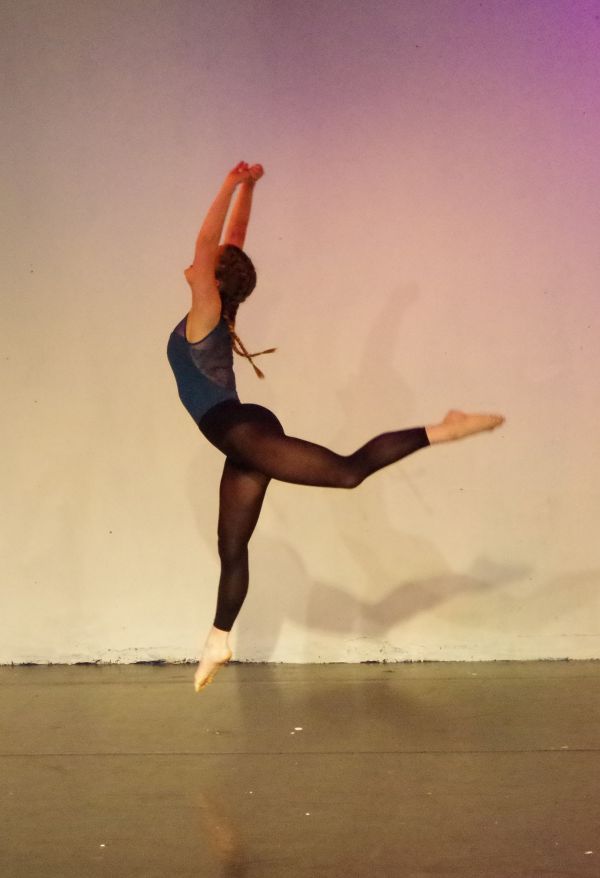 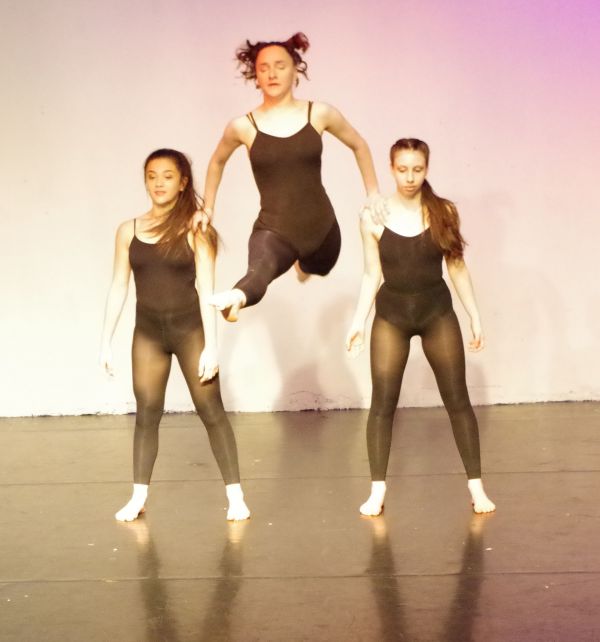