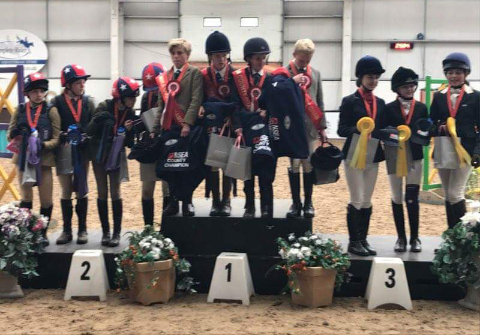 Following their qualification at Bicton in February, the girls and their team manager, Sue Turner travelled up to Bury Farm Equestrian Village in Buckinghamshire with their horses, to represent Devon in the National Schools County Showjumping Championships.

The competition was held over two rounds, faults and time all weighed towards the final placings and the best three scores in each round were then counted. With a team of three members, instead of the standard four, the girls had no drop score which made each round crucial.

With three super clear jumps in the 70cm first round, the girls were in a strong position for the second round, which was held in the Indoor International Arena. The girls held their nerve with some excellent riding and after a nerve-wracking wait for the end of the round, the team were thrilled to have retained their 3rd place position.

Sue Turner, the QE Equestrian Team Manager, said “Thank you to QE for your continuing support, the girls did brilliantly once again!” 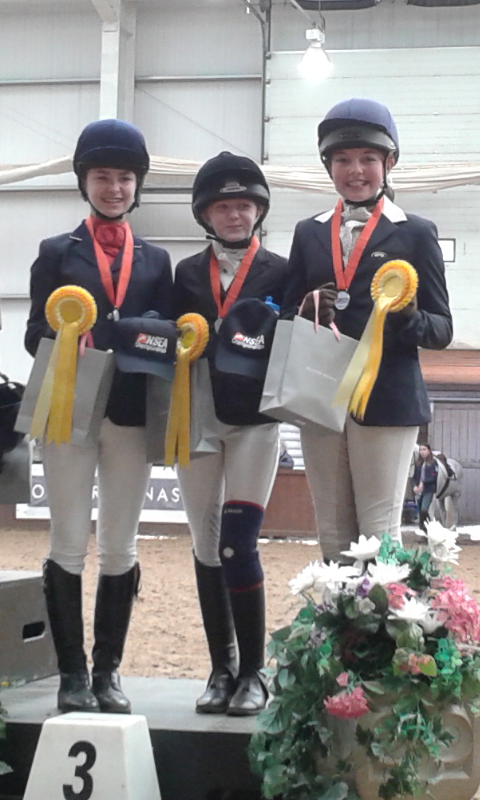