Competing in the 70 cm round of NSEA qualifier, Evie riding Gracie, Fiona riding Sam and Alice riding Gwennol, all jumped fantastic clear rounds. As the highest placed school in Devon, the girls are the County Champions, and the QE team will be representing Devon at the National County Showjumping Finals at Bury Farm in April.

With a clear jump and the fastest time of 31 seconds, Alice has also qualified for the Individual County Champion as well.
Sue Turner, the QE Equestrian Team Manager, said: “The girls are thrilled with their achievement and are really looking forward to representing Devon at the finals at Bury Farm in April.” 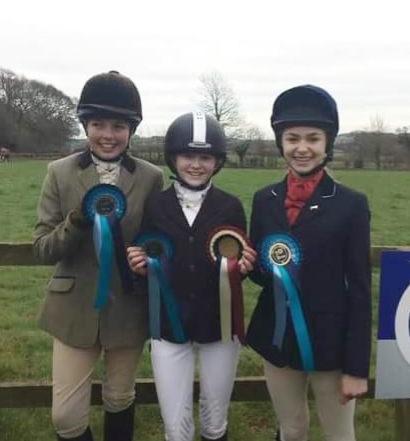