This year saw another successful Ten Tors Challenge with 4 teams from QE taking part. There are several challenging walks in Britain today, but Ten Tors is the only one catering solely for young people and is believed to be the largest and most challenging event held nationally. The Ten Tors Challenge is limited to 2400 individuals (400 teams of 6 teenagers).

The Challenge involves walking over the rough terrain of Dartmoor and visiting ten nominated tors or checkpoints in under two days. The teams must be self-sufficient, carrying all the equipment and food they need to complete their route and camp out overnight.

Training walks started back in the autumn term and increased in duration and distance until the event in May. The weather affected our plans on several occasions this year and we had to resort to plan B, C, D or E to keep up with the progressive training programme. The training paid off and we arrived at Okehampton camp on Friday morning to prepare for the event. The day passed quickly with briefings, scrutineering, route planning and final kit checks. 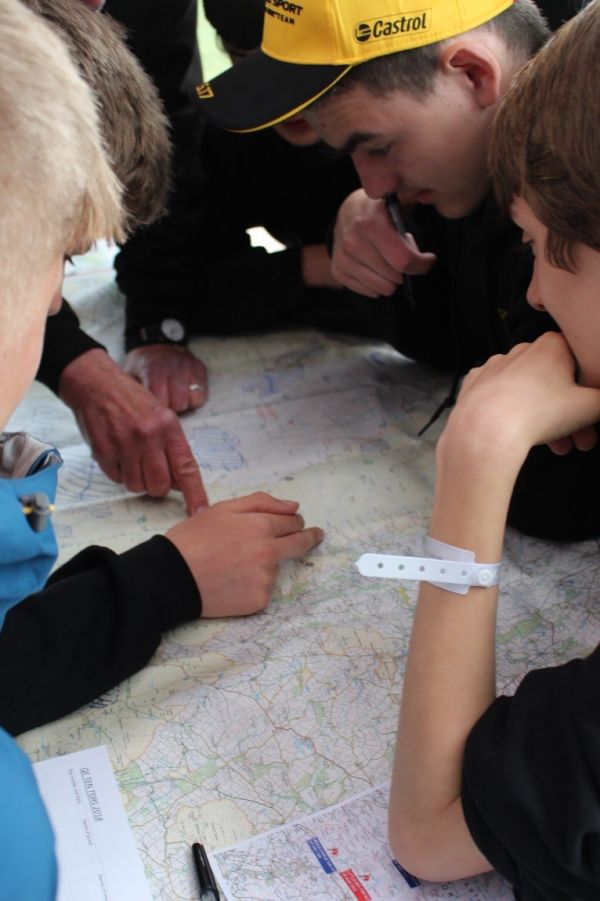 The wind calmed and the rain passed through by Friday evening.

After a hearty Bolognese, the teams settled down for the night. The camp awoke at 05:00 on Saturday morning to the sound of ‘Chariot’s of Fire’ played through the tannoy. Our students tucked into sausage and bacon sandwiches, contemplating the days ahead. 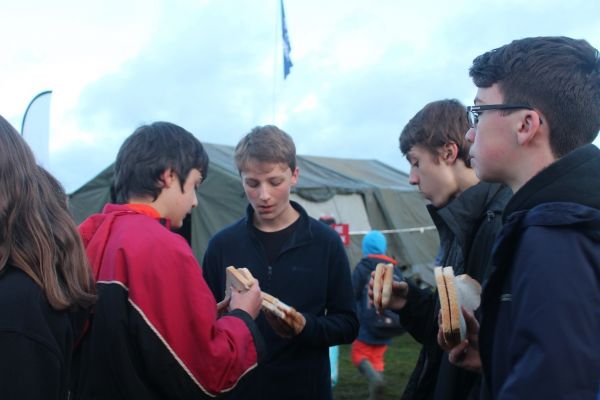 After the 2018 team photo, we set off for the start line at Anthony’s Stile. 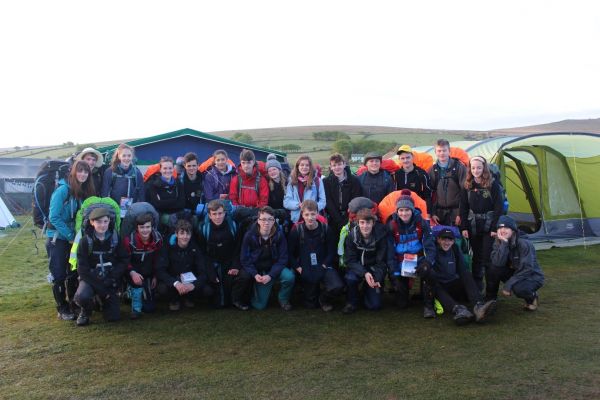 At 07:00, cannon fire signalled the start, and they were off. 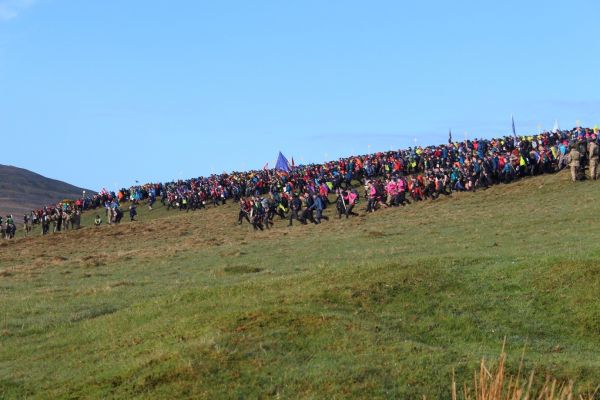 Saturday went without a hitch and all three 35 teams were camped at around 18:00. The 55 team carried on walking towards their chosen camping area.

Sunday morning, all teams up early and making good progress towards the finish line. It was a busy time at the finish as the three 35 teams arrived between 12:11 and 12:31 with only ten minutes between teams. 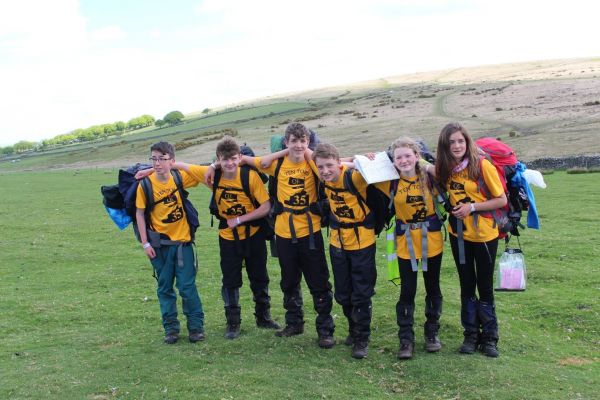 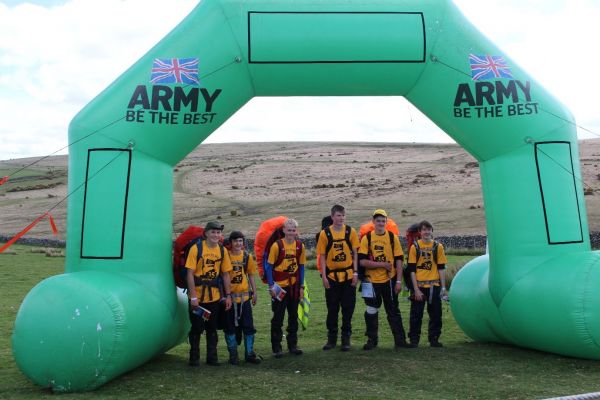 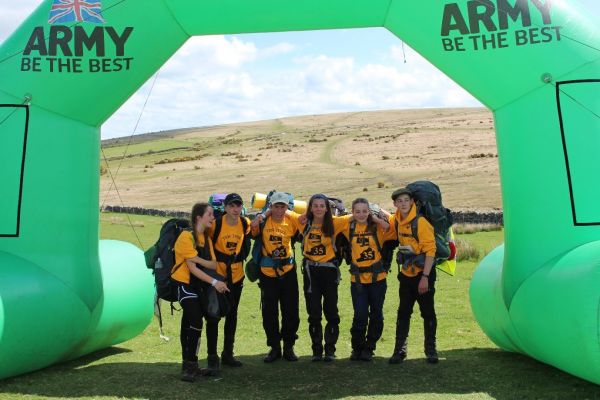 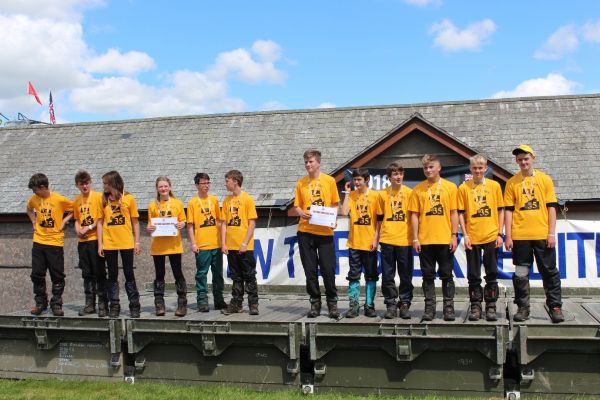 Following the 35 mile team presentations, it was back to the finish line to see the 55 mile team cross the line. This they did at 13:40, a fantastic time for this exceptional challenge. 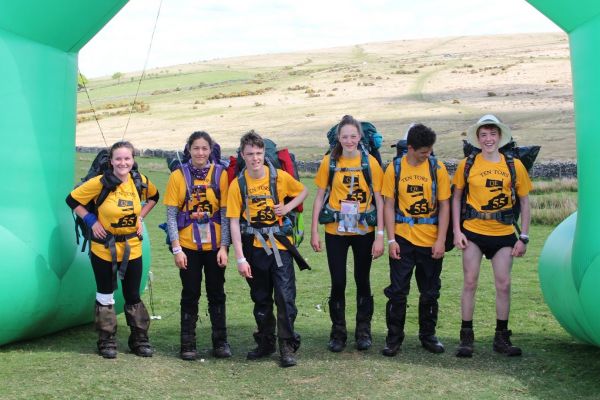 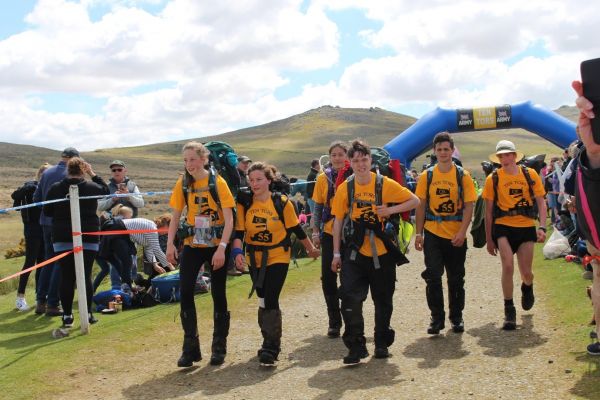 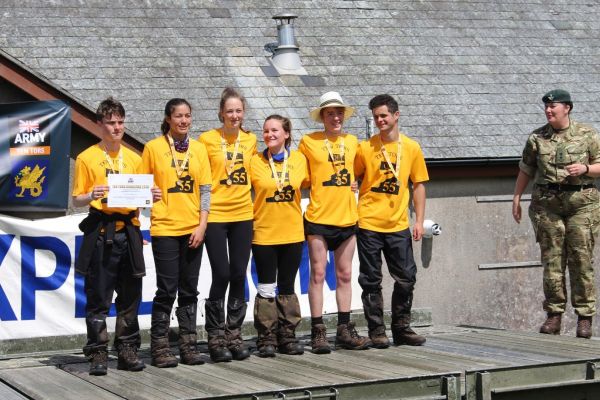 All four teams representing QE successfully completed the Ten Tors Challenge this year (a huge achievement in itself).

The commitment and perseverance shown by the students throughout the training has been admirable and they should be extremely proud of what they have achieved.

I would like to thank the small group of volunteers who come out in all weathers during training and the event itself; Colin Clark, Keith Baker, John Wright, Pete Brock, Tiffany Gaston and Mollie Baker. This year, Colin Clark was presented with the Army (South West HQ) Diamond Award for 30+ years of service supporting Ten Tors. On behalf of the past and present QE students who have participated in Ten Tors, I would like to congratulate him on this outstanding achievement.