Previously, the QE girls had achieved back to back wins at the County Championships in Paignton and Southern England Championships in Bournemouth. This Championship was the final round pitting the best that the country has to offer against each other.

The girls began the day within a very tough group which saw Walthamstow Hall School, who eventually went on to finish as winners in the country. The girls entered the second round of games against Iveshead School and Sheffield High School.

The girls finished the day as the fourth best team in the country. An outstanding achievement!

Pictured are Grace Lee, Eleanor O’ Callaghan, Emilia Partridge and Zoe Housley. Extended thanks must go to Mr Gillon who joined Mr Skinner on the day as well as Team assistance from Jamie Dawe and Amy Housley. What a great day! 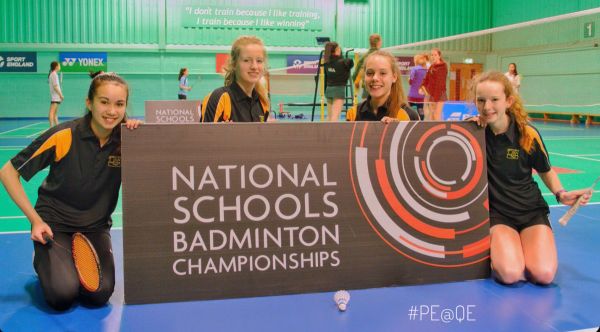 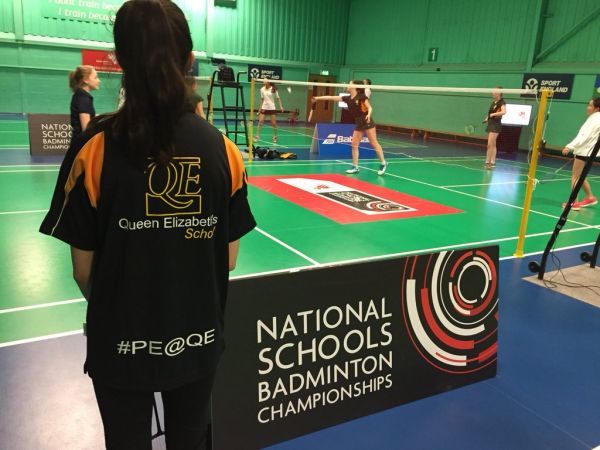 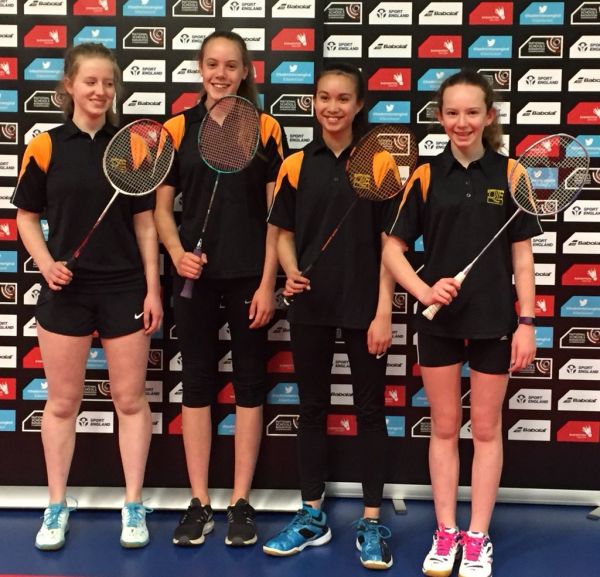