Dennis Crake, a former student and Sixth Former at Queen Elizabeth’s School, was a high achiever throughout his time at QE. We were delighted to hear that Dennis is continuing to excel.

Dennis’ mum, Mrs Crake said “We are very proud of Dennis’ achievements throughout his time at QE, he received the highest score for Maths and Physics in his GCSEs and A levels. He was offered a place at the University of Exeter and at the University of Southampton studying Physics. He took the place at Southampton and is currently at the start of his 3rd year where he is doing a Master’s degree in Physics and space science.”

This year, Dennis earned an opportunity to study and use the state of the art telescope at the University in Tenerife, which he thought was amazing. He has also recently found out that he successfully obtained a very high score for his 2nd year studies. Being in the top 5 on his course meant that Dennis has been offered a place at Harvard university to complete his Masters research project next August.

Mrs Crake added “We are so proud of him and pleased that all his hard work and dedication has paid off. We also wanted to pass on this good news to QE and to the teachers that helped him along the way, especially to Mr Marshall and his further maths teacher who really encouraged him to push that extra bit further.”

Alongside his intense studying he has also been training too and Dennis is now thought to be the youngest person to complete 10 marathons in 10 days!

What amazing achievements, all the staff at QE wish Dennis every success! 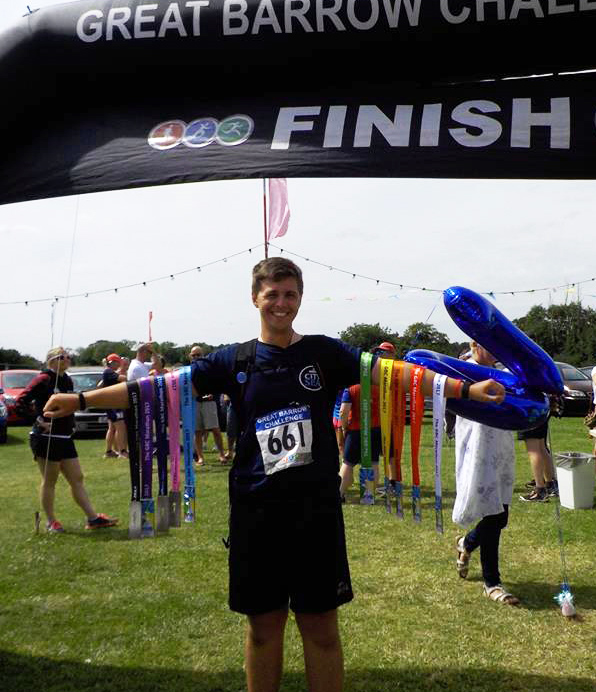