Loading ...
About Us
A successful school at the heart of our community
be part of it
Contact Us
You are here: About Us » A history of QE
A history of QE

"We do immediately bear or supply upon Earth to be adorned and decked no less with wise men to the universal profit of our Realm a certain Free Grammar School in the Parish of Crediton, otherwise called Kyrton."

Taken from the Charter issued by Edward VI, 1547. 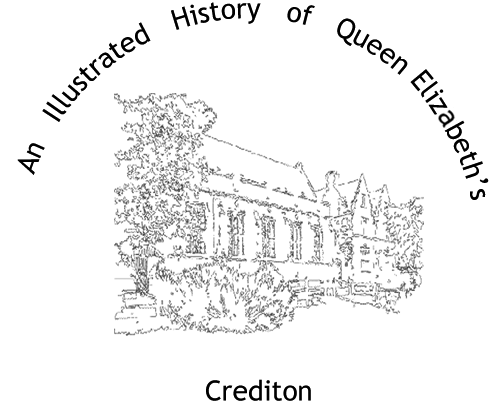 I am very grateful to Richard Newton Chance, the principal of QE at the time, who commissioned me to write this history, and to all my former colleagues, students and parents who have combined to make Queen Elizabeth's such a special community.

In terms of sources, I have relied heavily on two unpublished works: "The History of Crediton" by Major T. Venn an unpublished thesis on Queen Elizabeth's Grammar School by A. H. Male (1963).

I received support from the search room at Devon's Archives and Records Office in Great Moor House, Exeter and reproduced their documents with permission.

I also received support from the Crediton Area Museum and History Society, especially for the sources on the High School and the Shelley School.

Finally, I would like to thank the Governors of Crediton's Holy Cross Church and the Endowment Trustees, in particular Robin Langhorne.